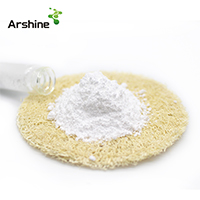 Glucono delta-lactone (GDL), also known as gluconolactone, is a food additive with the E number E575 used as a sequestrant, an acidifier, or a curing, pickling, or leavening agent. It is a lactone (cyclic ester) of D-gluconic acid. Pure GDL is a white odorless crystalline powder.

Name: Glucono-Delta-Lactone (GDL)
GDL is partially hydrolysed to gluconic acid, with the balance between the lactone form and the acid form established as a chemical equilibrium. The rate of hydrolysis of GDL is increased by heat and high pH.